Individual perception of recovery is related to subsequent sprint performance

This study aimed to assess the relationship between body temperature responses to water immersion and individual perception of recovery, with subsequent exercise performance.
Methods

12 male rugby players participated in a 3  week cross-over trial where an intense 60 min conditioning session (high-intensity gym and track-based conditioning session which they consistently rated 5 on a 1–5 Likert scale, where 5 was represented by the anchor point ‘Extremely Hard’. Maximal heart rate assessed during the conditioning session ranged from 171 to 204 beats/min) was followed immediately by 15 min of either 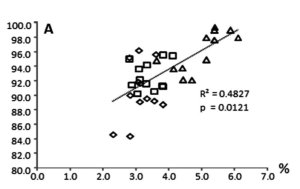 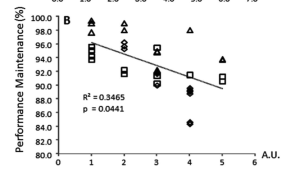 When a combined index of player perception and body temperature decrease plotted against subsequent sprint performance, a very large linear relationship was apparent.

We report here that the psychological perception of recovery, combined with the measured decrease in core body temperature as a result of CWI in well-trained rugby union players following an intense conditioning session, was strongly related to ‘training recovery’ as assessed by subsequent performance in a repeated 40 m sprint protocol.

3 important points are raised here in an attempt to address issues that have previously been high-lighted in studies of recovery.

In addition, the participants were all male as variable responses to CWI protocols may be due to a suggested gender difference. In fact, two prior reports that have found no performance benefit when utilising CWI have included only female participants.

Despite the widespread use of CWI as a recovery strategy in athletes the physiological rationale behind its use has been questioned and performance benefits have not been consistently demonstrated. CWI is well known to rapidly decrease body temperature and this effect is prolonged after immersion is discontinued. Thus, our physiological data are in accordance with the reported literature.

The discrepancy in these results could be explained by a number of factors.

A combination of physiological and psychological indices provides an improved indication of subsequent performance and suggests an important role of individual perception in enhancing training recovery.

What are the new findings?