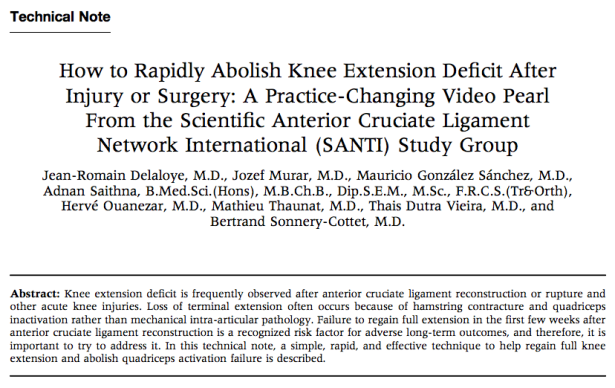 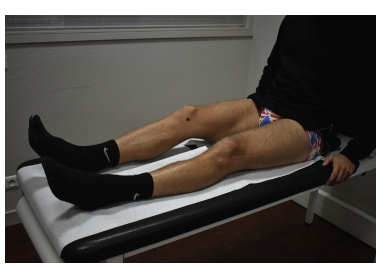 In this technical note, the authors describe a set of exercises that reliably counter the physiological pathways of arthrogenic muscle inhibition” (AMI) and quickly regain full active and passive knee extension. Regaining full symmetrical extension is a primary goal of early-phase rehabilitation after ACL reconstruction. Failure to regain full extension by 3 weeks after ACL reconstruction is an important predictive factor for subsequent cyclops syndrome. 3 Steps model is suggested. 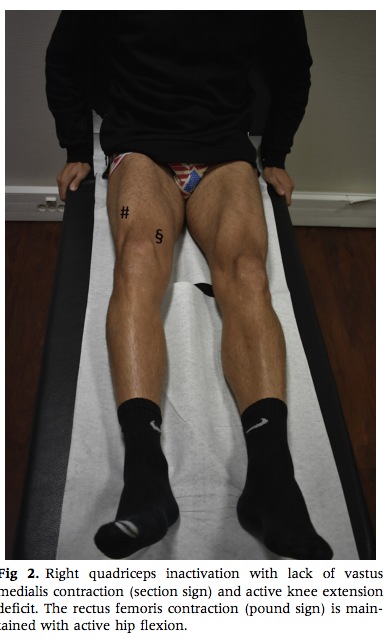 The patient is positioned on the examination couch in a semi-recumbent position. Quadriceps activation failure is identified by asking the patient to contract the quadriceps muscles. The practitioner should observe specifically for contraction of the vastus medialis. After identification of quadriceps activation failure, the patient is placed prone on the examination couch. In this position, side-to-side palpation of the hamstrings allows determination of the presence of muscle contracture. If a hamstring contracture is not present, this should raise the suspicion that the extension deficit does not result from AMI and the differential diagnosis of a locked knee should be considered further.

In the prone position, the patient is asked to repetitively contract and relax the hamstrings. The practitioner places his or her hand against the patient’s leg to provide resistance against the contraction. The contraction should be held for 2 to 3 seconds. Between each contraction, the patient is asked to relax the hamstrings completely to the best of his or her ability. Once the hamstrings are fully fatigued, the muscle contracture resolves, leading to full extension of the knee. Usually, this can be achieved within 10 minutes, but on some occasions, it can take longer. It is important to note that the practitioner should never push against the leg to gain passive extension of the knee because it is painful. 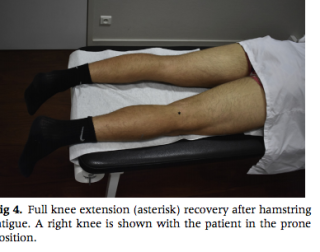 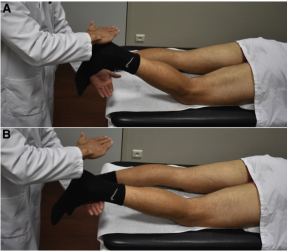 the patient is asked to perform heel lifts and straighten the knee. The practitioner can facilitate the movement by holding the great toe (passive muscle contraction) (Fig 5). This phase focuses on isometric quadriceps contraction..

The described exercises specifically target AMI by reducing the influence of spinal hyperreflexia by fatiguing the hamstrings and tackling cortical neuroplasticity through repetition of quadriceps activation exercises. 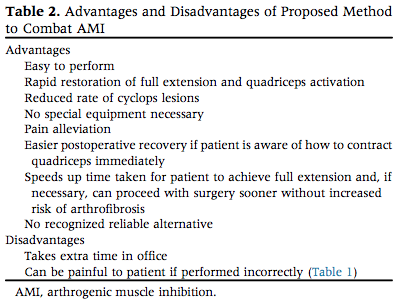